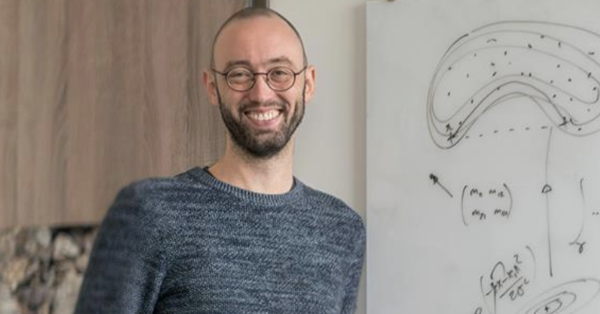 Professor Philipp Berens from the Institute for Ophthalmic Research at the University Hospital and University of Tübingen has received a Starting Grant from the European Research Council (ERC).

His project “NextMechMod” for the development of new models and algorithms for the study of amacrine cells, special nerve cells in the retina of the eye, will be funded with a total of about 1.5 million euros over a period of five years. With the Starting Grants, the ERC provides outstanding young scientists with additional funds in their research careers.

Vision is one of the most important senses for many animals as well as for humans. However, the retina of the eye, which is also called the retina, has not been fully explored to date. The amacrine cells in particular still puzzle researchers. These special nerve cells are cross-connected with the other nerve cell layers of the retina and form the main class of inhibitory cells. More than 60 types of amacrine cells are now known from the mouse retina – they differ, for example, in their appearance, function and circuitry. They are particularly challenging for modeling because their activity is difficult to measure and their function can only be inferred from their interconnection in the network.

To better understand their role, Philipp Berens and his team are developing a new type of model in their ERC project “Next generation mechanistic models of retinal interneurons” (NextMechMod). Models have always played an important role in the history of research on information processing in the nervous system. Alan Lloyd Hodgkin and Andrew Fielding Huxley received the Nobel Prize in Medicine in 1963 for their biophysical model of ionic currents during excitation and inhibition at the nerve cell membrane, presented in 1952. This model, while very detailed, is difficult to fit to measured data. This is easier for statistical models, but these lack the relationship to biological reality.

To capitalize on their respective strengths, Berens aims to develop a new generation of hybrid mechanistic model that combines the different model levels. To do this, he is taking advantage of the latest advances in machine learning and “computational neuroscience”. His team is working closely with collaborators to make the models realistic with data obtained from imaging techniques and with methods from genetics. In doing so, he hopes to develop a toolbox to decipher the role of amacrine cells during the natural processing of visual information. A better understanding of the functions of the healthy eye can form the basis for new therapies for eye diseases.

Philipp Berens studied bioinformatics and philosophy at the University of Tübingen, where he also received his PhD in 2013. After spending time as a postdoctoral researcher at the Bernstein Center for Computational Neuroscience, he joined the Tübingen Institute for Ophthalmic Research as a research group leader in 2016. There, he was appointed in 2018 to a Heisenberg Professorship for “Data Science for Vision Research” funded by the German Research Foundation. Together with Professor Ulrike von Luxburg, Philipp Berens heads the Cluster of Excellence “Machine Learning: New Perspectives for Science”. He is a member of the Tübingen AI Center.